And so we move on to the plumbing refit. Since Mark has pretty much decided that anything involving hoses falls under the plumbing heading, we aren't just redoing lines to the holding tanks. Captain Perfecto has declared the entire system to be 'crap' due to the previous installation of hoses running every which way with no thought to judicious use of space, ease of access and conscientious routing. So while we will be eventually redoing the head intake, the lines to the holding tank, the entire fresh water system, the shower plumbing, the fresh and salt water lines from the sinks, the cooling water for the engine we are currently dealing with the fuel system.

Step one with Mark is always to look at the defects of a system. He can't help it, its the engineer in him. After carefully considering the current fuel system, he came up with a list of defects that I like to call 'Why This System is Crap'. Actually, he used the word 'mess' not crap but since after all these years together I still hear his Scottish accent and think "If its not Scottish its crap!" I, who am writing this will title his lists whatever I like. Here is his litany of complaints with our current fuel system-
Mark sat down and after a few hours of creative thinking he came up with a plan. The new not crap system would be comprised of the following- 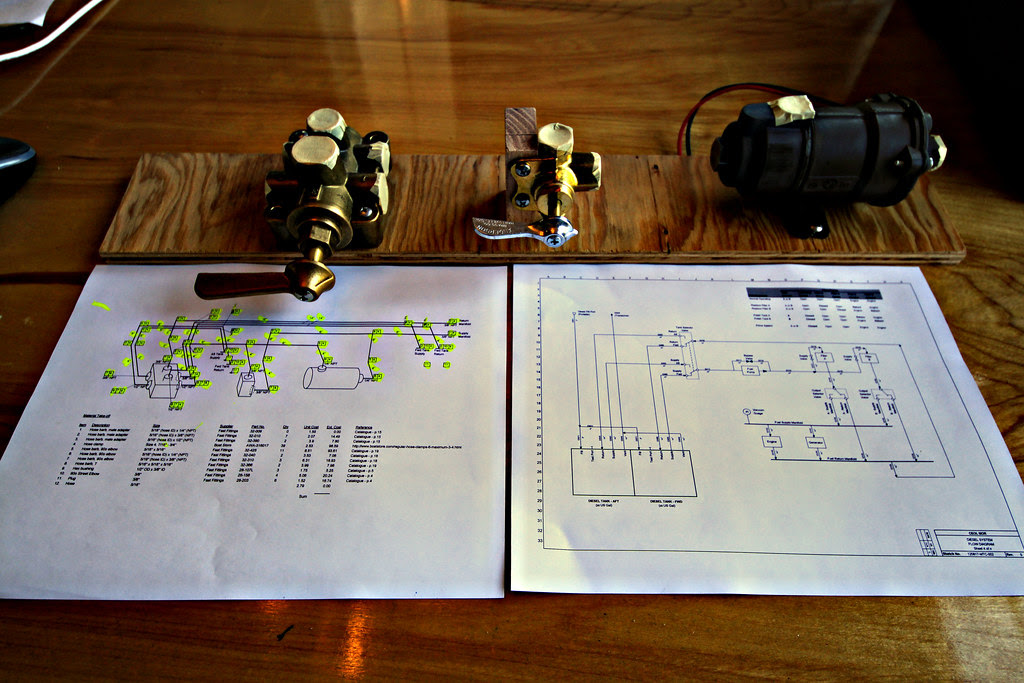 The plus side? We will soon have a fuel system that will not only do its intended job better but will be much easier to service. So much easier that even I, a simple minded soul should be able to manage basic routine maintenance. The down side? As Mark poured over parts catalogs obtain the necessary components of his far superior system, he let out an audible gasp as the parts list climbed upwards of $500 and we hadn't even finished. "I think I might be over thinking this' he said. No. Really? Greatest bit of understatement ever.

While Mark is probably over thinking this, I know that if I don't just cheerfully go along with his Rube Goldberg fuel system it will bug him every time we have to change a filter or polish fuel. (in actuality, his system DOES make perfect sense but I can't admit that without giving him some guff first) Given that, we will indeed have the most spectacularly engineered fuel system possible on our boat. There are other niceties on the refit list that can wait if need be. So long as Mark takes to heart my constant mantra "This boat is leaving in November 2013" if it means I have to deal with an ugly galley in order to enjoy a spectacular fuel system, so be it. Fuel system is just a wee bit more important than a pretty galley anyway. 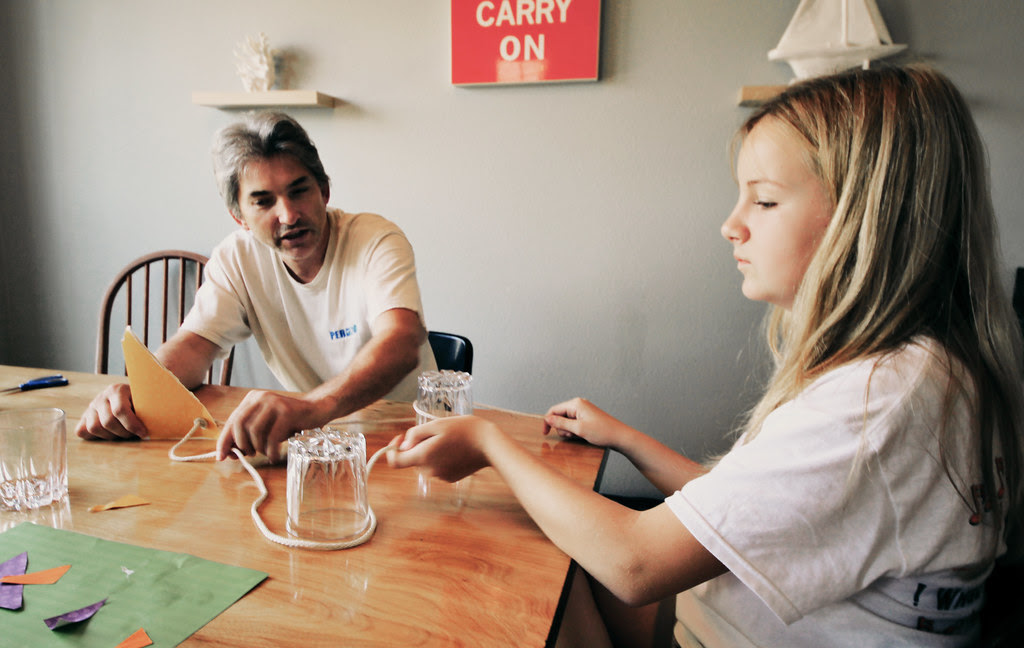 As we sat at breakfast with our sleep heavy eyes, we took a break to get in some sailing lessons. With empty juice glasses filling in for winches and bits of discarded paper from Kitty's artistic endeavors serving as a Genoa, Mark and Maura worked on tacking techniques. Maura had pointed out that this was her first year as real crew and she needed a bit more explanation as to what was expected of her in order to lend a hand with sailing the boat. Starboard tack, port tack, which side is windward, etc. etc. By jove I think she's got it. 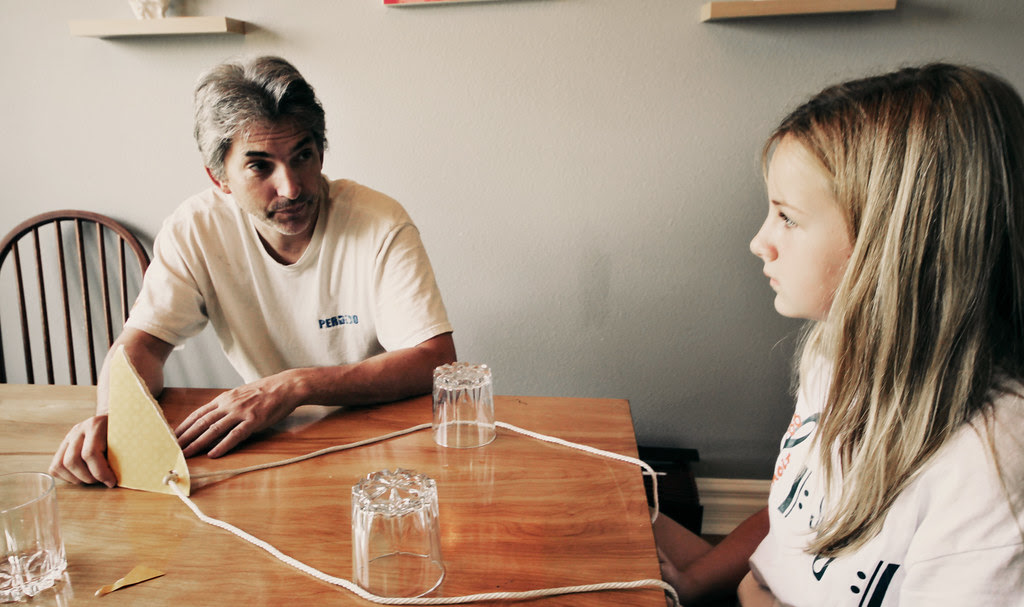 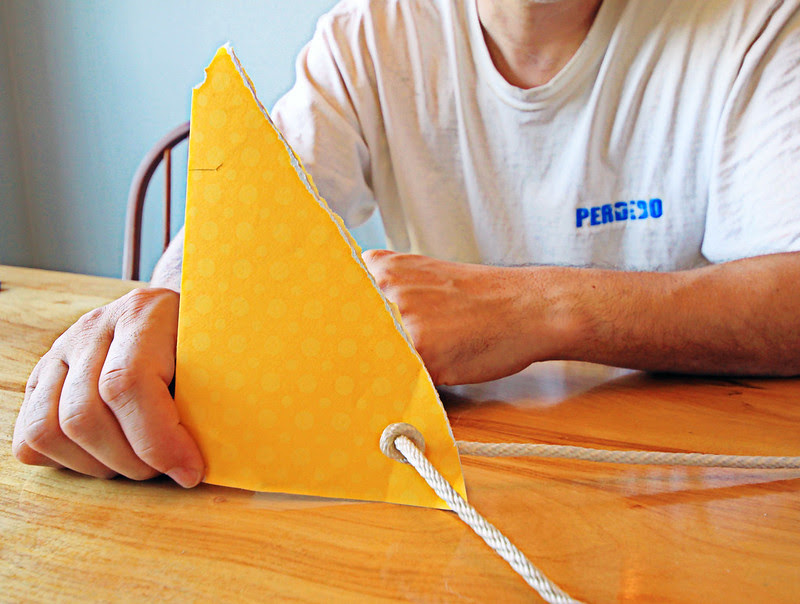 While Maura and Mark worked on their tacking simulations, Kitty hummed as she played with her most favorite toys in all the world- colored paper, scissors and a glue stick. She entertained herself for a full hour and half with only an occasional assist from me. I know some people swear by an iPad to keep little ones entertained but I can't imagine Kitty ever being as thrilled with anything from Apple as she was by having her very own glue stick and the freedom to use it. 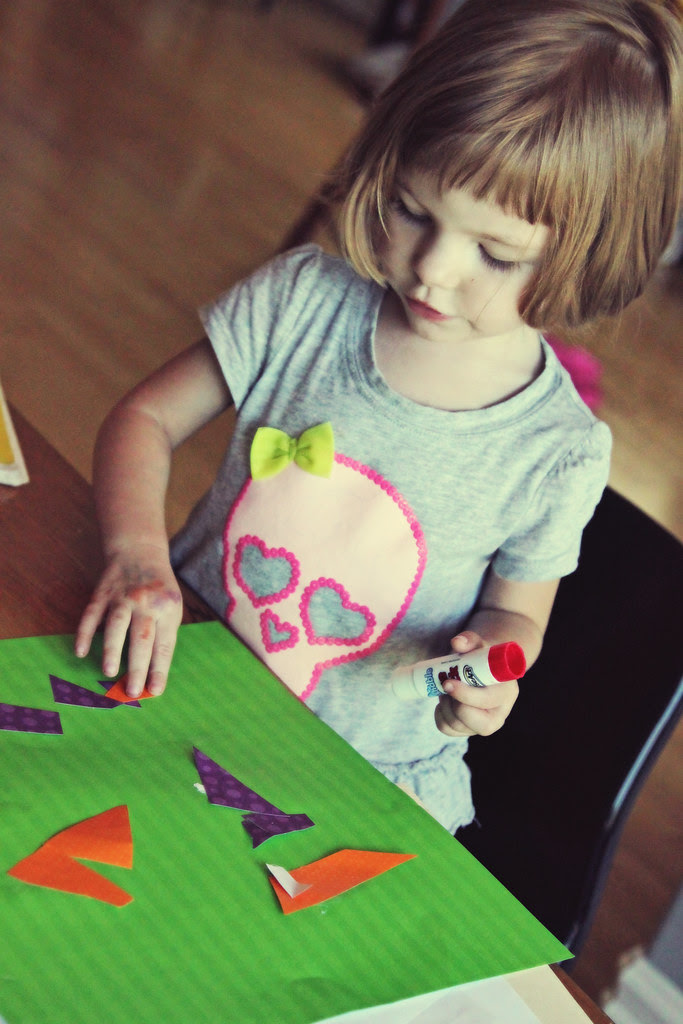