Wash Down Pump Installed -Verdict In 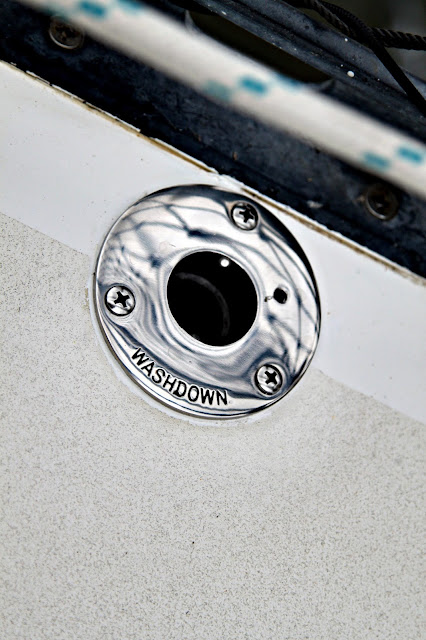 If we have learned anything in our 3 years of refitting (who's counting, right?!?!?) its that many times things that sound like a great idea can disappoint you in oh, so so many ways. Let's face it, there is a ton of stuff-gadgets and geegaws a plenty-out on the market to festoon your boat with. Lot's of stuff that while they say it will make life easier, your boat sail faster and make you more attractive and more fun at parties, often just leaves you with a lighter wallet, missing a weeks time and something else that will inevitably need repair. This is not the case with our new wash down pump. This thing is awesome!

Mark got the pump and the necessary plumbing installed. The hose which was supplied by the manufacturer was well, how do I put it nicely? Crap. It was crap. We bought a heavy duty hose, removed the brass fittings, installed heavy duty plastic ones and added a pressure spray nozzle for it. Oh, and you might think taking apart a hose is no big deal until you realize that Mark let me do it, which means he let me use his heat gun, hose cutters and screwdriver. Yes, he let me touch his tools. It's a red letter day around Ceol Mor.

After emptying the anchor locker of the chain rode and dropping the anchor so we could get access to install everything, we had enough disgusting slime, ick and sticky black mud to see how the pump would handle it. It handles it fantastically! We had a moment of doubt when we first turned on the pump without the pressure fitting and saw what appeared to be a tiny little trickle of water. Not to fear, once the pressure attachment was fitted and the sprayer was engaged it had plenty of pressure to knock the mud off. Kitty had too much fun spraying the chain...and the deck...and me. Mark made her day by allowing her to work her way up from Baby Bilge Rat to full fledged Deck Monkey. With some assistance, she was able to work the windlass in a stop and go manner while Mark washed down the chain. She eventually got enough skill to work the windlass on command by herself, although she wasn't maybe spot on when Mark would tell her to stop. Oh well, That's what reverse is for. 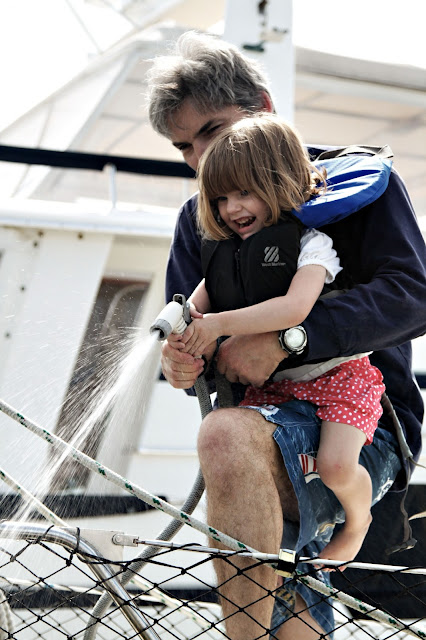 For the time being (unless we add a new ac unit and watermaker under the v berth) the plumbing and wiring is done in the front cabin. This means the construction on the cabinetry in the front cabin can begin again in earnest- if only we had a boat wright. *sigh* Let's just say the Universe giveth and the Universe taketh away and try to keep a stiff upper lip and get on with it. 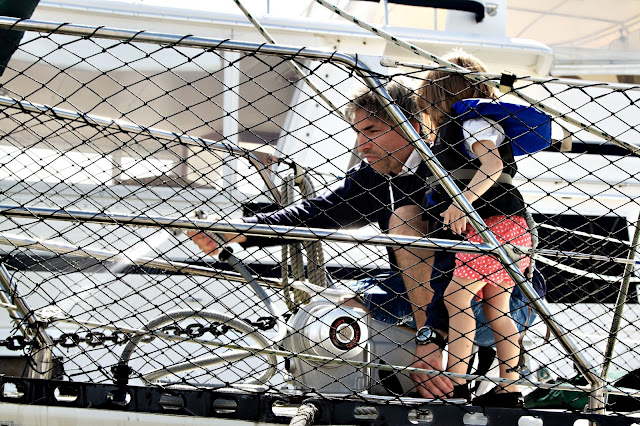