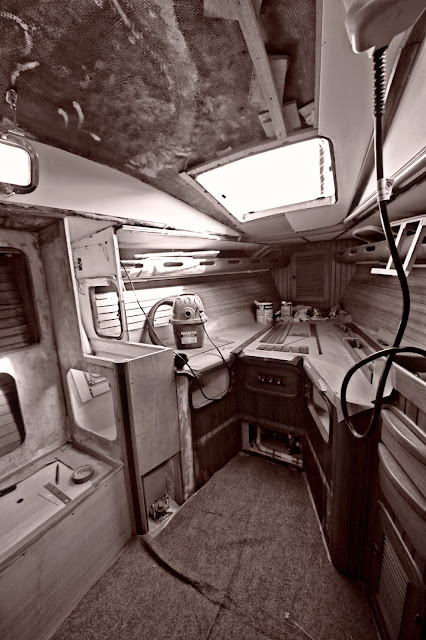 This weekend was all about pushing forward on the master cabin ourselves in an attempt to mitigate the financial hemorrhage caused by trying to hire the work out. Yes, we should be finishing up plumbing but that can wait as the unfinished cabin is so right in our faces so we have to get it done so we can put this debacle behind us.

Mark carefully made templates of the cabinetry so that he could cut the teak staves and install them. My job was much less sexy and despite my pleas to be allowed to use power tools, Mark relegated me to the relatively safe task of cutting what seemed like a thousand pieces of tape to mark the pieces in the order in which they needed to be installed. Gummy scissors are a pain the patookus and it seemed that every five cuts, the silly blades would gum up and require cleaning. I do not think a Sawzall would have been stymied by a tiny little thing like tape but my pleas to be given more power to accomplish the job fell on deaf ears.

While Mark was cutting staves, he stopped long enough to tell me his numbering plan. If you have been reading the blog, you know where this is going. I listened intently, expecting him to tell me that each piece of cabinetry would be given a single letter designation for the group and then numbered individually. That is how I would have done it.

It was at this moment that Mark's Left Brain kicked in while my Right Brain was wondering why on Earth he was making this more difficult than it had to be. It was also at this time that I realized while we both ostensibly spoke English, in reality we have only some vocabulary in common. We speak completely different languages.

Mark asked me to identify each group with a single letter- C for cabinet, D for Drawers and S for sides. He then further asked me to identify each stave over the large letter with a number 1,2, 3 and to further identify the top, middle and bottom of each piece with an A, B, C. Okay, I got this. I happily began marking tape on the staves confident that for once I kind of knew what he wanted and would be able to move things along more quickly.

Things were going well, until I came to the side cabinet template. This particular piece started with a piece that was at waist height as opposed to the one I had done previously which started at the cabin top. "What are you doing?" he asked. "Why, I am marking the tape as you requested" I replied cheerfully. He shook his head "No, No, you've put an A at the top of this piece!" he exclaimed. "Yes, its the top of the piece and the top pieces are A" I said innocently. "No, the A designation is for the first piece in the series. What would make you think it should be an A?" he quizzed. "I thought the A was for the roof line" I responded. "No, the middle length is the first piece and should be A". Okay, whatever I thought. As he went back to cutting more staves, I thought to myself "Self, I have no idea why A is now at the mid line of the wall but so be it. That means B is at the bottom which would make C the cabin top. I don't get it but its his project" and I continued to mark the staves.

Mark came over and took a peek "Why have you put a C here?!?!?!" he asked. "WHY!! What letter do you think should go here?". I could see his lips moving and I could hear what I thought were words I recognized. I had the realization that he is from Left Brania where nothing makes sense to anyone but other Left Brainia citizens and I am from Right Brain Land where nothing is perfect but everyone is pretty cheerful in their mess. I smiled a wide smile at him as he repeated his question "What letter should go here?" "Well" I replied "you could have a K for kiss my... or if that is not to your liking how about an F...". 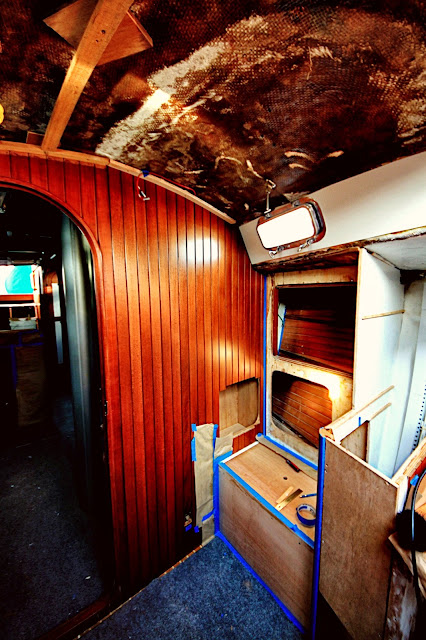 We did manage to get the pieces all labeled and numbered. Mark managed to get the pieces installed. We learned that some things really are lost in translation. We learned that we should never do projects together where Mark comes up with a clever numbering scheme for me to follow. Most importantly, we were reminded that even though we speak different languages we still really like each other. So much so that we are compiling conversational Left Brain and Right Brain guides for each other. Coming soon to a bookstore near you... 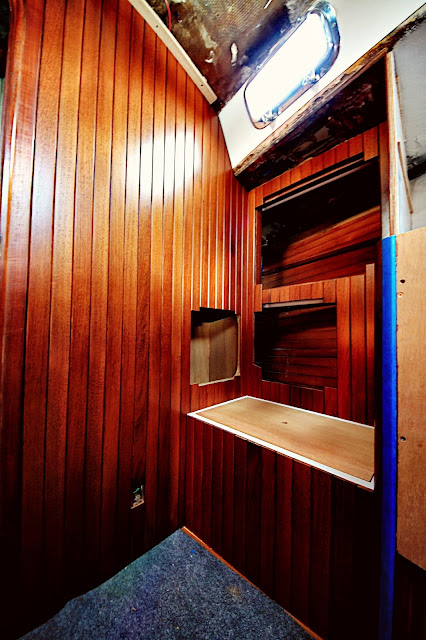