I know lots of women who think that nothing says 'I love you' quite like a nice piece of jewelry. I like jewelry as much as the next girl, but this week I got an even better materialistic representation of Mark's adoration of me. Houston, we have a water heater. Those of you who are living on land with access to plentiful water at the flick of a tap, dispensed immediately at your desired temperature might not understand my glee at this most recent development, but my fellow boat babes will understand. Testify my sisters! Having the ability to heat water without the use of a tea kettle and stove is pretty darned luxurious living. I can't wait until it is all plumbed in. Yes, I will still be forced to wet down, turn off the tap, lather up, then turn on the taps to shower in an effort to keep our water usage to a minimum but that little spray of water will NOT be cold. This is awesome. 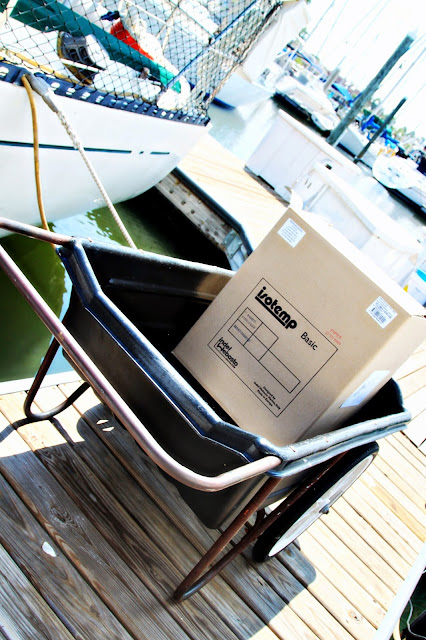 I was so excited at the prospect of getting this on the boat I did not even mind the fact that I looked like a Clampett family member transporting this huge box in the passenger side of my mom's tiny little car. (My car is in the shop in an attempt to keep the Hoopty running for just one more year....) Kitty was disappointed that such a huge box did not contain something a bit more exciting. She was convinced that such a large box must contain something really amazing and you could see the disappointment on her face when I told her that while said box did not contain a pony, it had something even better- a water heater. Maura also seemed a little dubious as to the awesomeness of said water heater. I think I will let them shower in cold water for a bit so that later they can have an appreciation for how awesome our little Iso Temp really is. 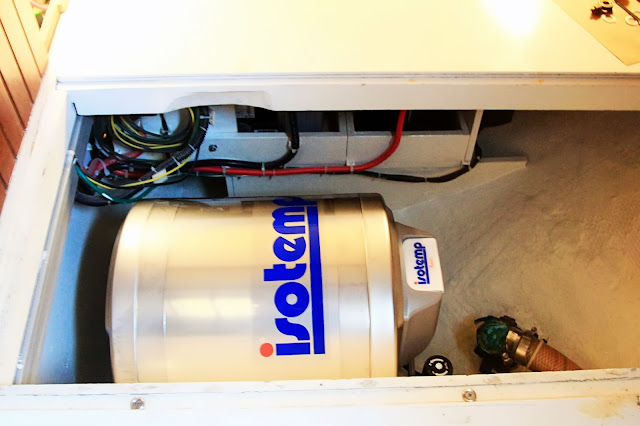 We took break from making template patterns for the forward cabin seat cushion (me, messing up my first attempt) and from redesigning the engine exhaust system (Mark) to rectify what we think are serious design flaws to kick it around the docks with the kids. 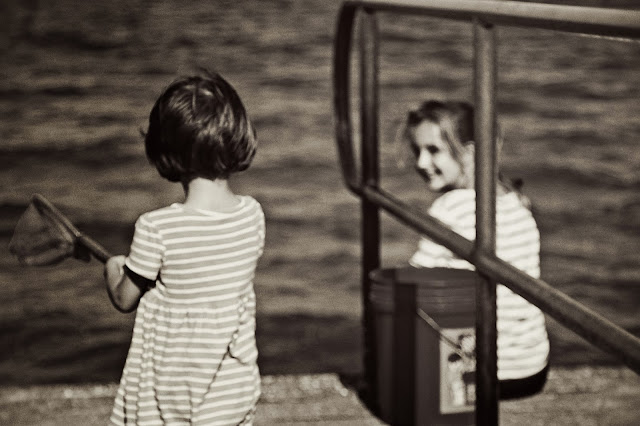 Kitty's favorite place to go in all of Kemah is Kemah Hardware. Fortunately for her, they carry so many of the copper fittings, epoxy, etc, that she is pretty much assured of regular trips. This time she was beyond excited because in addition to some copper fittings, we were going to acquire a crab net of her very own and promised to take her crabbing. Mark, thinking he knew better than I- despite never having crabbed in his life insisted that what Kitty needed was a tiny bait net. I knew it wouldn't work but I let it go because Kitty was so jazzed about having a net of her own I couldn't bear to steal her joy.

After procuring the requisite chicken legs (how is it you can no longer buy just the necks anywhere? Galveston Bay- you have changed) we went off with bucket in hand to get to crabbin'. Mark thought all this production would be a waste of time. "You will never catch a crab" he said. "Check my birth certificate" I said. "Hello..SEABROOK NATIVE. I guarantee we will catch a crab. I spent endless hours playing around this bay as a kid and while it was too murky for swimming there were crabs a plenty. Galveston Bay=crabs.I am like the crab whisperer. I'm all Deadliest Catch on Galveston Bay. Trust me." I informed him knowingly. 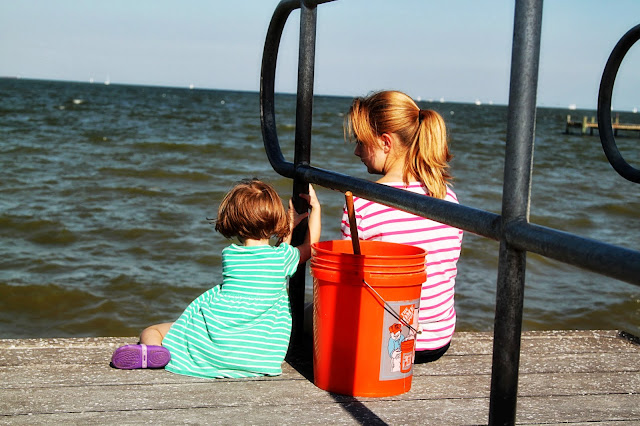 So off we went. We did not manage to land a crab because I timed it wrong and the tide was coming so our crabs kept getting knocked off the line before we could attempt to net them. I should add that after seeing the inadequacy of his preferred net, Mark went off and added an extension. I didn't mind because I was able to smile the satisfied smile of the correct. Of course, Mark got all Captain Perfecto on us and the extension is a bit more finely crafted than mine would have been but its all good. Kitty can not wait to go crabbing again and she really hopes to land one next time. Maura is happy just to kick it around the water and I am just happy to get to spend a little bit of time with them all wasting time in pursuit of crabs. Soon enough, I shall be able to introduce the girls to the fun of crab drag racing.