And a ray of sunshine... 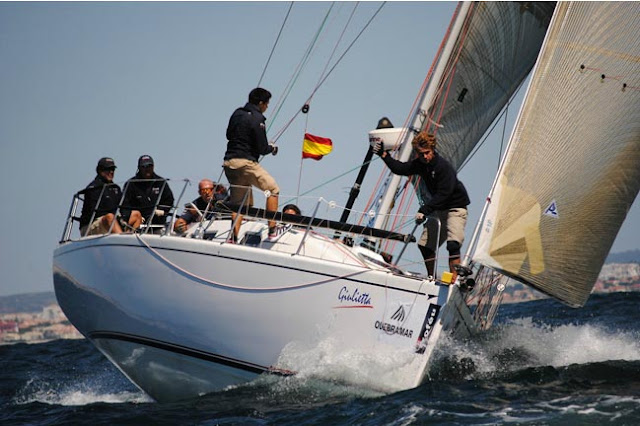 And just like that, when a bit of negativity enters my world I am innundated with a heap o' wonderful. The Dyneema Experience is not a sprint, it is a test of your endurance. I will admit that I was feeling down to begin the day. I had just lost my computer and the full week worth's of work for DET with it when Mr. Killjoy came along and shared his negativity. It was perfect timing to really annoy me. Just losing 40 hours worth of editing time alone was enough to set my teeth on edge but to have someone who obviously had no idea of what the DET is, or what has been happening or how hard we all have been working for the past 5 months- well, that did it.

And just like that I was reminded of why I am so happy- no GRATEFUL for DET and the people involved. You want to know who offered encouragement to not let the turkeys get me down? My competitors. That's right, once again the skippers and Dyneema representatives stepped in with encouragement. Have I mentioned what an incredible community sailors are?

My good friends the Giulietta sailing team have also helped me keep an even keel- pun totally intended. They have been nothing short of amazing in their support of me when I most needed it. Offering support and encouragement even though they have been extremely busy competing in the Quebramar trophy. I kid a lot about racers needing to learn how to slow down from the cruisers but in this instance, it was the racers who reminded me of what is important.

After almost losing their rudder in an early race, being besieged with equipment failures and knowing before the final races that the most they could hope for was 5th or 6th place, they gave it their all. The odds were stacked against them and still they fought on because it is easy to start strong but its much harder to finish strong. Finishing strong despite huge obstacles is an indication of character and if nothing else, i want to be known for my integrity and character. So thanks for the reminder Alex and Giulietta. I shall strive to finish as strong as I started.

Oh- and that is some mighty tasty running rigging you're wearing Giulietta. ;)
Posted by The Ceol Mors at 2:34 PM